“I’ve made it, I’ve got my own room”
History and memories of the Princess Mary Club
DECEMBER 2018 | LONSDALE STREET, MELBOURNE | AUSTRALIA

The “most ideal home any city girl could imagine”, according to weekly social magazine Table Talk in early 1927, reporting soon after the opening of the Princess Mary Club in central Melbourne. Established by the Central Methodist Mission of the Wesley Church to provide accommodation and meals for young country women coming to the city for education and work, the hostel reportedly helped some 15,000 people in its more than 60 years of operation. In 2017, the Lonsdale Street building was demolished as part of the church’s Wesley Place development, and we have helped meet the project’s heritage permit conditions by preparing a history that focuses on the Club’s significance to young women. The report includes an oral history: interviews with 10 former residents, who describe their experiences in their own words.

“There was empowerment in a way because this was a place that was run by women for women.”
Marian Lawrence

The value of oral histories lies in the deeper understanding they provide of the way a particular place was used by those to whom it was important. They are especially useful for places undergoing significant change, as they record the first hand experiences of people who don’t often make it into official records or are maybe less visible in history generally — in this case young women just starting out. The hostel represented a stepping stone from family life to adult life. Oral histories are also a great source of interpretation material. 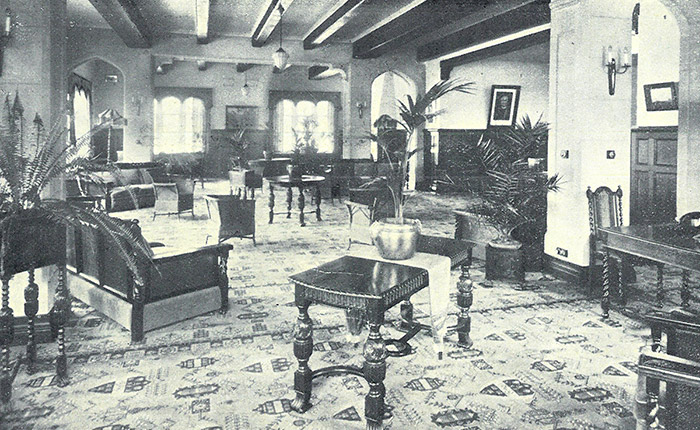 “It was a formative time, a safe and formative time as I started to look outside at the world and think of the possibilities.”
Rena Pritchard

The Princess Mary Club was constructed as a four storey concrete frame building, and began by accommodating 100 paying residents in single bedrooms over two floors, with dining room and lounge area as communal spaces. A further floor was added at a later date. The Wesley Mission was concerned that the young girls would fall prey to undesirable influences and they provided everything the girls would need. The building was designed by architect Alec Stanley Eggleston (1883-1955), father of Robert A. Eggleston of Eggleston, MacDonald & Secomb.

By the 1980s, better transport had made the country seem not so distant from the city and changes in society made institutional protection for young women less necessary. The hostel closed in January 1990 and its demise reflected the wider opportunities open to women since the 1920s and the increased acceptance of women’s independence over this period. Those interviewed for the project are no longer young but they have a lot to say about their time at the Princess Mary Club. The history also includes written recollections, historical research using contemporary sources, and more-recently written histories of the Mission, the hostel’s development and the building itself.

“I’ve made it, I’ve got my own room”
Marjorie Morkham

Lovell Chen has also prepared an oral history for Kinnears Rope Works, the site of which is currently under development.