A portrait of George Higinbotham (1826-1892), politician and Chief Justice of Victoria, has been uncovered in the Old Council Chamber at the Trades Hall in Carlton. His is one of four portraits incorporated into the frieze high up on the walls in the original 1884 decorative scheme, which is to be largely restored as part of the conservation and refurbishment works we are undertaking at the building complex. 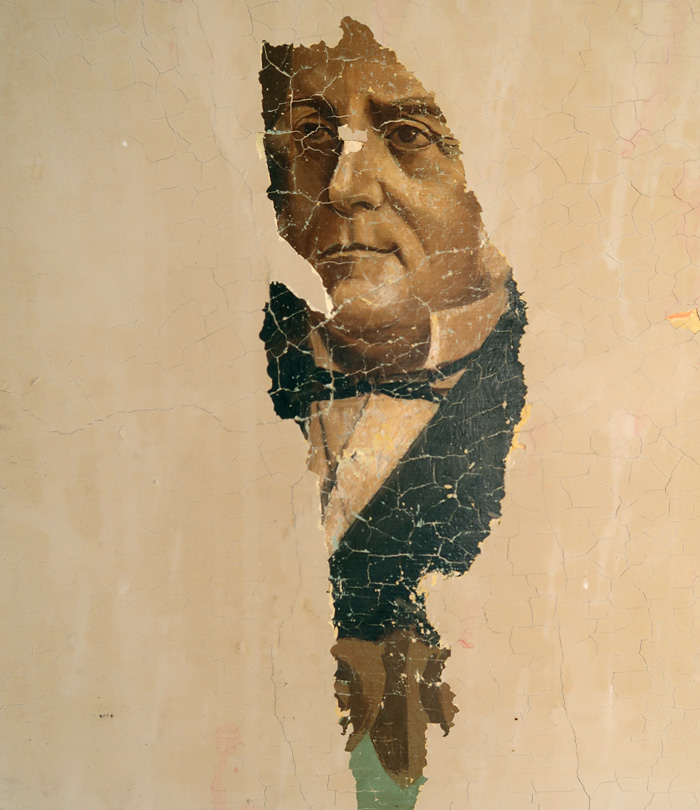 The frieze included portraits of four men, three of which may be recoverable. Joining Justice Higinbotham were Sir Charles Darling (1809-1870, governor of Victoria), George Stephenson (1871-1848, Briitish railway pioneer) and Samuel Plimsoll (1824-1898, British politician and social reformer). Higinbotham was obviously influential, as he was also present at the opening proceedings and spoke to the invited dignitaries and unionists. He was a keen supporter of the working man and entreated his audience to realise Wilson Gray’s dream of establishing the great principles of “liberty, equality … and fraternity and friendship”.

The finishes investigative work is being carried in conjuction with specialists from the Grimwade Centre for Cultural Materials Conservation (GCCMC) at the University of Melbourne.