The terrace of four shops at the top of Bourke Street, on a site flanked by laneways, holds special significance for Melburnians who remember the legendary Job Warehouse, once the main occupant.

Owned by one family since the 1950s, and still the home of the Paperback Bookshop, the terrace is a rare survivor in the city streetscape and notable in its juxtaposition with Parliament House. Although protected, the building has been little researched nor its fabric investigated, which we discovered while preparing a conservation management plan. 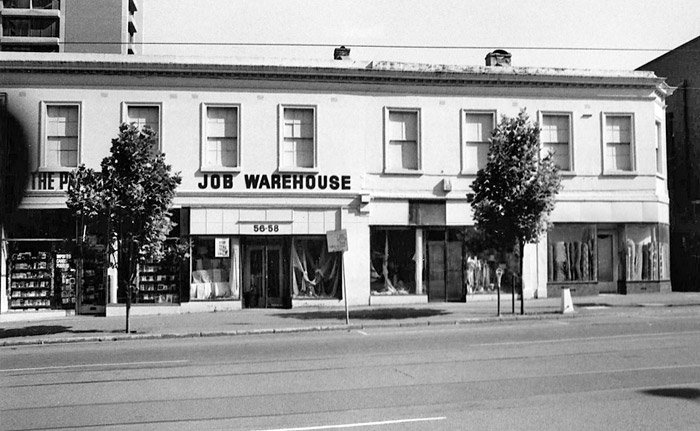 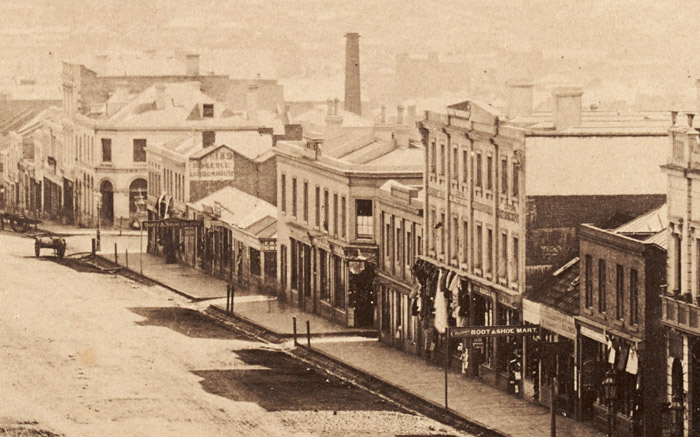 The story begins with the construction of a double-width shop and residence on the corner of Bourke and Crossley streets, with a slaughter yard to the rear. It was erected in 1847-8 for English migrant and well-known butcher, Henry Crossley, who had acquired the land a year earlier. The two further shops with residences above were completed in 1853-4, designed by architect Joseph R. Burns. 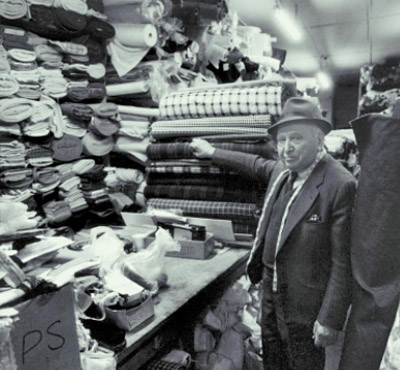 The terrace has had only four owners since then but has housed many tenants and undergone extensive internal and external alterations. An important aspect of its heritage significance is the evidence still visible of the long pattern of use and occupation. Collectively, the people who have owned and occupied the terrace have left us a picture of the evolving city, from early settlement to present day. 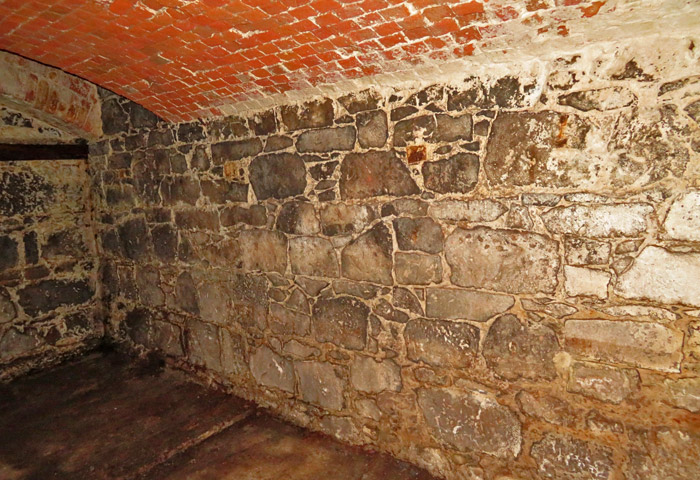 One of the most interesting elements of the complex’s physical fabric is the original cellar, constructed in 1847 below the butcher shop and substantially intact. Once accessed from the rear courtyard, its two connected rooms were enclosed in around 1910. The walls are of bluestone and the ceilings are brick barrel vaults. The floors and walls show extensive evidence of openings, venting, shelving, enclosures and fixtures. At ground level above, an 1847 cast iron column is visible in a later brick wall that separates two retail spaces.

54-64 Bourke Street is located within the historic Bourke Hill Precinct, and is the most intact example of a building from the first stage of development of the area.