Flinders Street Station is one of Melbourne’s most recognisable landmarks and an imposing presence in Flinders Street, where it spans almost two city blocks. The main building is currently the subject of an ongoing revitalisation project by Development Victoria, funded by the Victorian State Government, and in 2018 we completed the first phase — conserving and refurbishing the fabric. However, our association with the station goes back to 1979, when Peter Lovell first investigated the paint colours. Since then we have prepared a conservation study (1990, Allom Lovell & Associates), a conservation management plan (1999), a CMP review (2012) as part of the preparations for the Flinders Street Station Design Competition, a condition report (2015) and a heritage impact statement (2016).

The present Flinders Street Station was completed in 1910 to the design of architect James Fawcett and engineer H.P.C. Ashworth, both of the Victorian Railways Department. Its heritage significance derives largely from the history of the place, as well as its architectural and social importance, and the part it has played in the development of railways in the state. Its predecessor, on a section of the site facing Fllnders Street, was the terminus of the first railway line in Australia, set up by the Melbourne & Hobson’s Bay Railway Company. It ran from Flinders Street to Sandridge (now Port Melbourne) and opened in 1854.

By 1878, all the private suburban railways had been nationalised and came under the control of the Victorian Railways Department, which embarked on a massive and highly politicised expansion programme — a ‘great railways spend-up’. Planning for the new central station was conceived and carried out in this period: Flinders Street Station would be the passenger terminal hub for the city. A design competition was held in 1883 but the winning design lapsed, and seven years later the Railway Department drew up the first of its own plans. After a convoluted planning process covering the layout for the whole site, a second competition for the design of the building was won by Fawcett and Ashworth. Work started on the foundations soon after, in 1900.

A notable feature of the station is the inclusion of third floor rooms for the Victorian Railways Institute, established at this time by the railways to provide workers with access to educational, social and recreational facilities. The VRI had 4,330 members by 1909. Its facilities included a concert hall/lecture room (later set up as a ballroom), a library, gymnasium, games rooms and classrooms. At the time this was the only railway station in the world with specifically-designed accommodation for a railways institute. The ballroom is now one of the better-known aspects of the station building, and it was still in use for dancing in the early 1970s. The VRI moved to Flinders Lane in 1984.

The overall form and fabric of Flinders Street Station is essentially intact, although significant changes to the concourses were made in 1983 and 2005-7. More than 4,000,000 bricks were used in its construction, and design elements include domed and mansard roof forms, railway timetable clocks over the main corner steps, large arched windows over the entrances, a clock tower with four 3.35m diameter dials, detailed mouldings and cappings, and on the south facade facing the tracks, large areas of zinc sheet cladding, cut to look like stonework.

The focus of the works completed in 2018 was to make the building watertight, improve its structural stability and prevent deterioration of the fabric. Works included structural repairs, the installation of a new insulated roof system, the repair of metal sheet work to domes and pavilions, seismic reinforcing, a new stormwater drainage system, and brickwork, render, pressed metal and joinery repairs. The original 1910 colour scheme has been restored following further investigations by Peter Lovell and the Centre for Cultural Materials Conservation at the University of Melbourne. 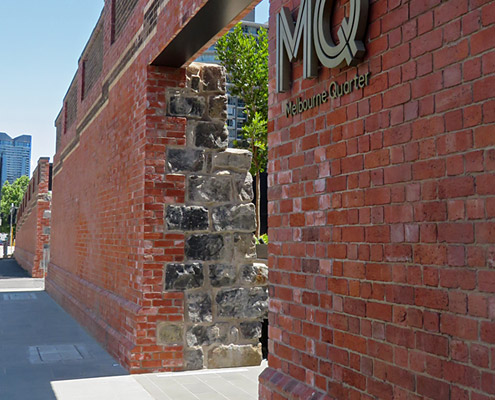 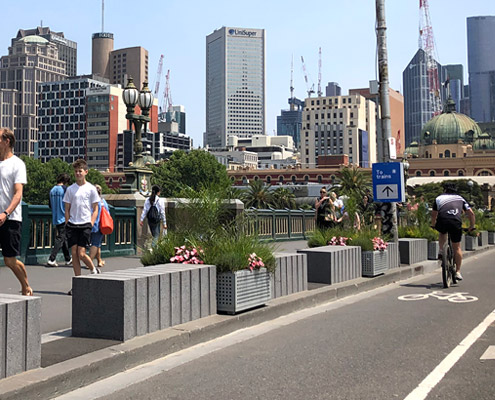 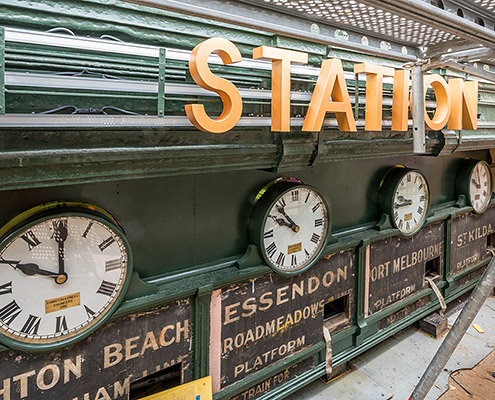 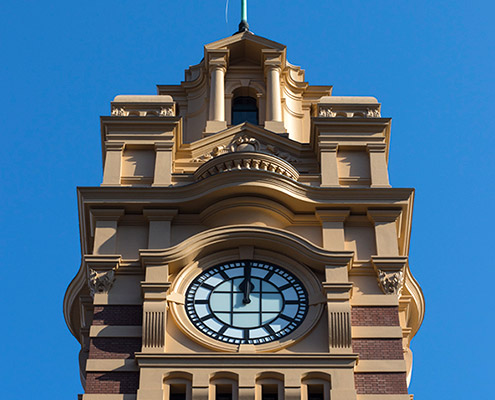 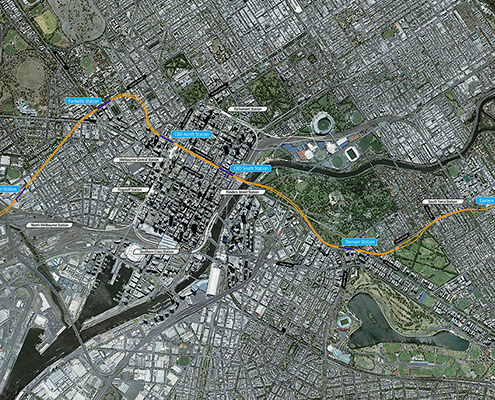 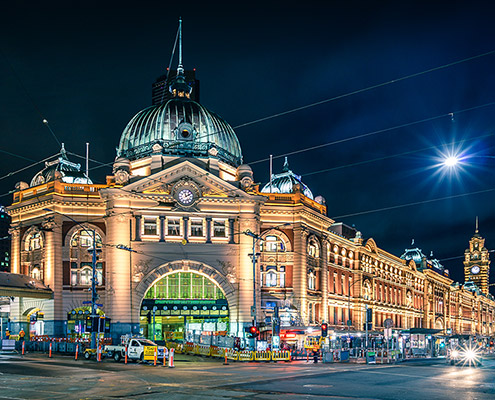 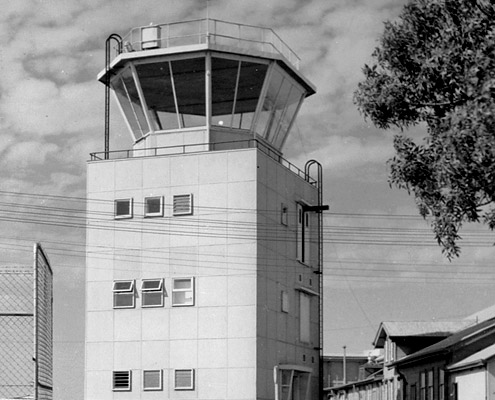 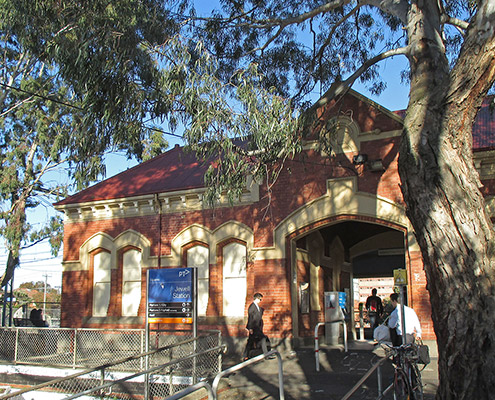