Parliament of Victoria has released videos of its seminar series, Foundations: Architecture of Influence, which was presented in May at the Victorian Parliamentary Library. The series explored three significant projects: Australia House in London, the new Parliament House Annexe and Flinders Street Station restoration in Melbourne.

Lovell Chen Principal, Peter Lovell, presented the third seminar, on our work to conserve and refurbish the fabric of Flinders Street Station — one of Melbourne’s most recognisable landmarks. Watch this video 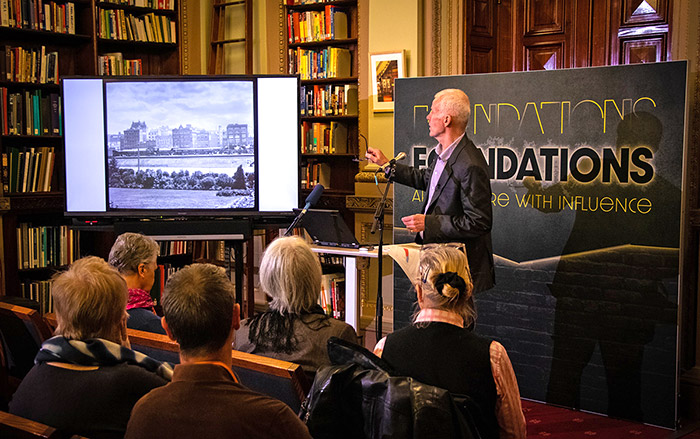