St Mary’s, North Melbourne, is a Gothic Revival church in bluestone, with freestone mullions and window tracery, and a plastered interior. It was designed by Lloyd Taylor (1830-1900) and completed in 1860. We worked on phased conservation works, including roof replacement and repairs, stormwater upgrading, plaster repairs and a new interior lighting scheme.

The restoration and reinstatement of the decorative paintwork finishes to the church’s interior were also undertaken. At the request of the vicar, the history of the scheme on the east wall of the chancel was pieced together using photographic evidence, newspaper reports and an applied finishes investigation, conducted in association with specialist Nicola Stairmand. An early photo indicated stencil work and sign writing, evidently painted over in the 1970s.

Wall scraping revealed parts of the painted dado, including lettering outlined in gold. No trace of the Magnificat banner was found, and it is thought to have been painted on canvas and attached to the wall, a technique that has now been repeated. Some evidence of the original colours was obtained from paint samples but interpretation was also necessary for the reinstatement of the colour scheme.

More places of worship all projects > 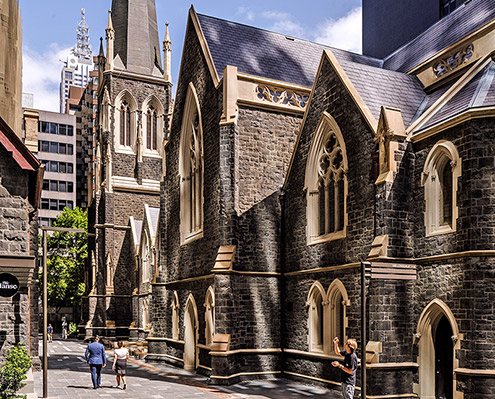 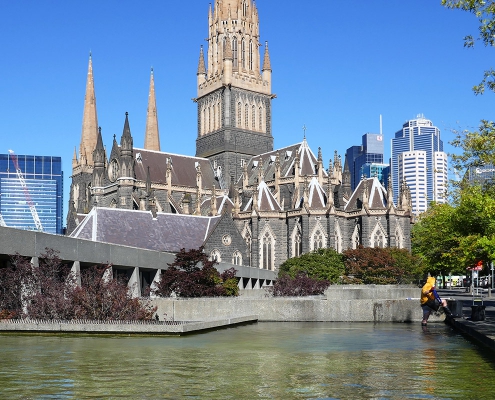 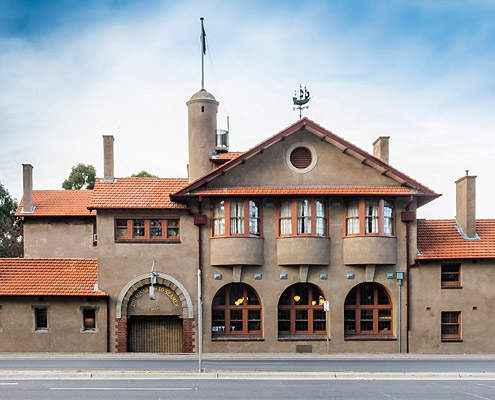 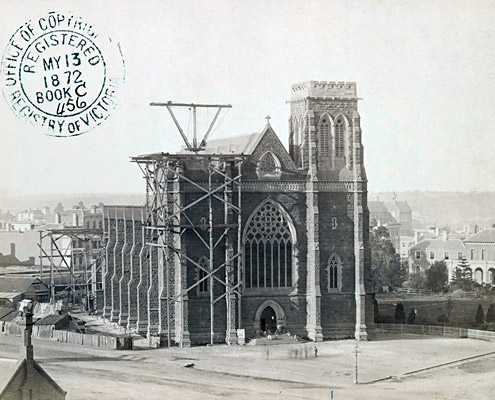 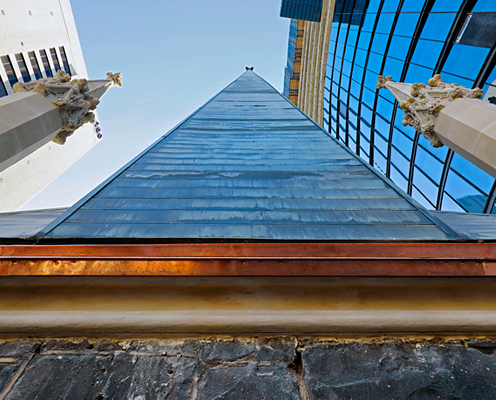 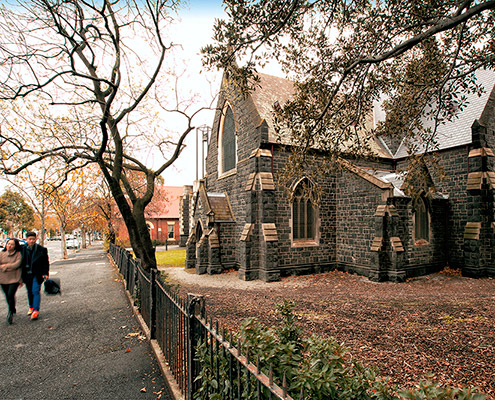 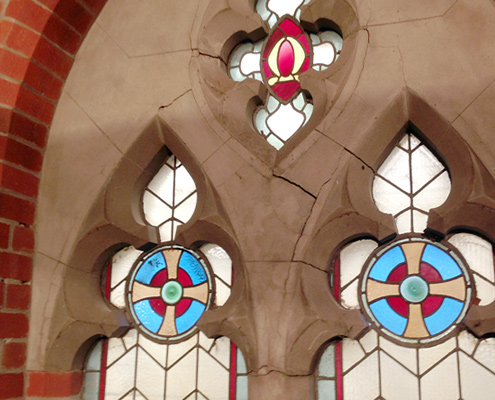