Over a period of 25 years, the practice has provided heritage and architectural services to Melbourne’s spectacular Royal Exhibition Building and the surrounding Carlton Gardens, actively contributing to the renaissance of the complex that culminated in its 2004 inscription on the UNESCO World Heritage List.

All the work has involved exacting and meticulous research. Projects undertaken at various times include the removal of massive additions, external and internal fabric conservation, and subtle adaptive reuse works. We were also responsible for reroofing works, including the stabilisation and re-slating of the dome, and extensive render repair and reconstruction — the north façade has been largely rebuilt. Inside, the 1901 decorative treatment was investigated and reconstructed and the vast area of the main floor progressively replaced.

The survival of this remarkable building is a result of its continuous use as a viable exhibition hall, a use which continues today — it now forms part of Museum Victoria’s campus. Recent works, including the installation of a lift and the fit-out of a theatrette, are designed to better integrate the building with the Museum’s operations. The restoration of the Western Forecourt included the installation of a gigantic 1.4 million litre rainwater storage tank below the landscaping.

Our work has also included the preparation of conservation management plans for the building and for the gardens. A CMP for the whole site was completed in 2009. A buffer zone — the World Heritage Environs Area — covering an additional 55.26 hectares was established in 2009, following preparation of the World Heritage Environs Area Strategy Plan. Lovell Chen is the principal author of the CMP and the strategy plan.

In 2015, we were appointed to provide architectural design, conservation and heritage services for a federally funded project that includes major conservation and upgrade works to the facades, dome drum, roof and external lighting — and the re-opening of the 360 degree Dome Promenade, which has been closed to the public for over a century. 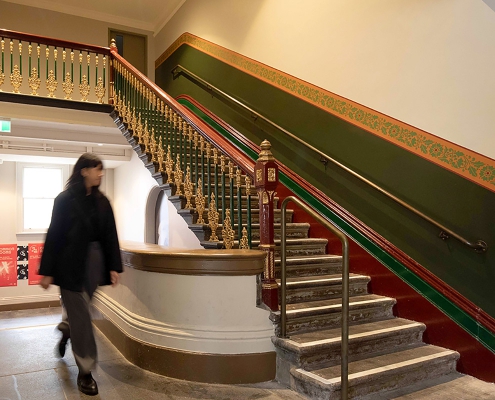 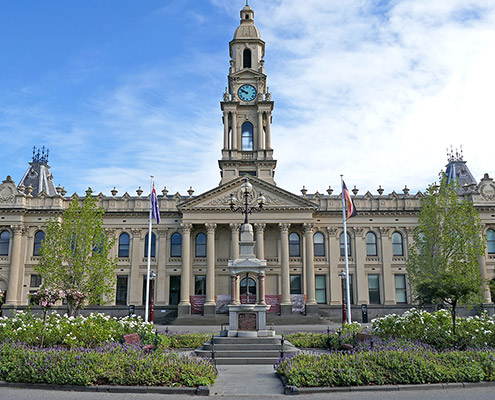