Early works to the building constructed in 1869 to house the Great Melbourne Telescope are now complete, in anticipation of the telescope’s future reinstallation. The focus of the most recent stage of the project was the restoration of the sliding gabled roof — an ingenious Australian-designed system and forerunner of modern stadium sliding roofs. 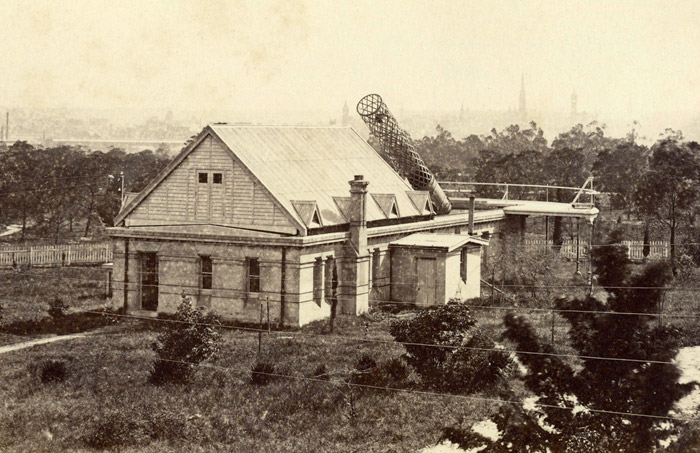 The Great Melbourne Telescope (GMT), a major 19th century astronomical instrument and the second-largest telescope in the world at the time, was designed in Ireland by Thomas and Howard Grubb. They envisaged a more-typical domed building to house it. Instead a masonry building with a large rectangular room and roll-back roof was designed by architect Samuel Merrett of the state government Public Works Department, under the auspices of Robert Ellery, Government Astronomer. It was sited some distance from the main building of the Melbourne Observatory (1863-1944) as the metal structure of the GMT could have interfered with the magnetic observations being conducted there. Simple and elegant, the GMT House was constructed around the completed telescope. 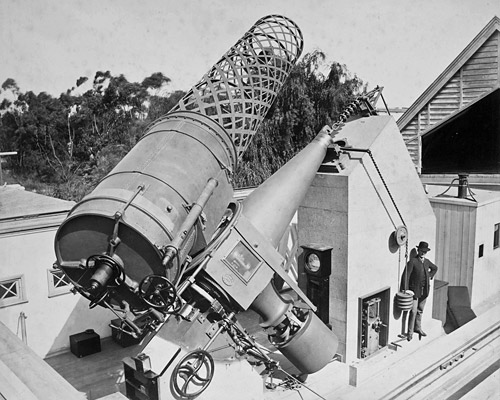 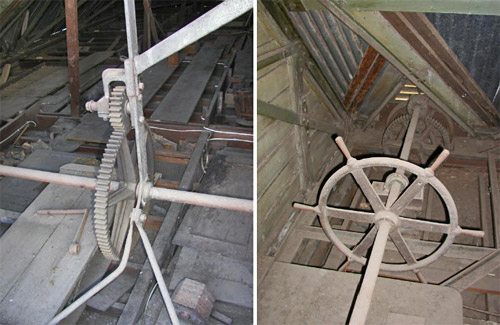 [ The windlass and ship’s wheel used to moved the roof, before refurbishment, photo : Lovell Chen ]

The entire steel-frame gable roof rolls back on eight wheels to a flat-roofed section of the House, giving the telescope room full access to the sky. The wheels are concealed behind small louvred dormer vents and they run on rails, curved at the ends to ensure the roof doesn’t run away completely! A geared windlass and crank are used to start the motion, kept going using a ‘ship’s wheel’. The whole system was still in place, but later additions and changes to the building impeded its operation. 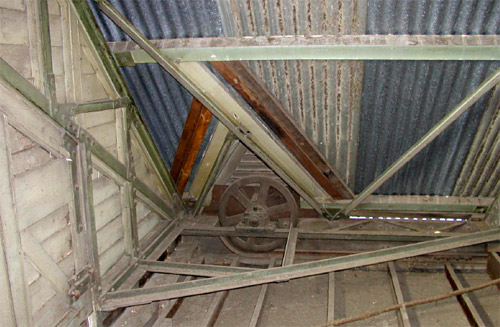 The GMT House originally included a polishing machine room, a boiler room, a working room, a photographic darkroom and an office. It has been through a number of stages of development, including the addition of a semicircular exterior timber platform (1872), a workshop (1880s) and the substantial Whirling Room (1902, for testing air flow equipment for mines). In the southern section of the telescope room, the floor was lowered and extra doors added. The first phase of our recent works addressed the watertightness of the complex and drainage works. The second phase addressed the telescope room and its roof. 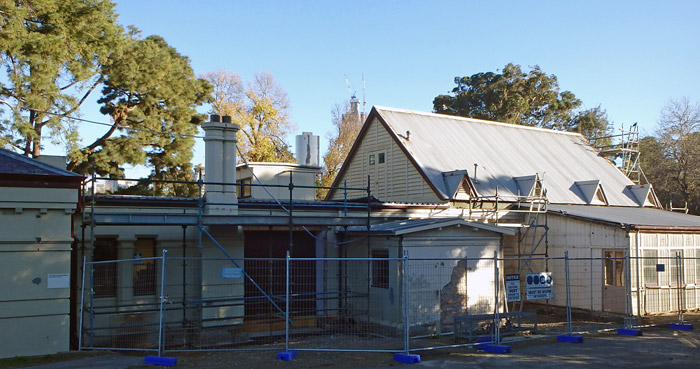 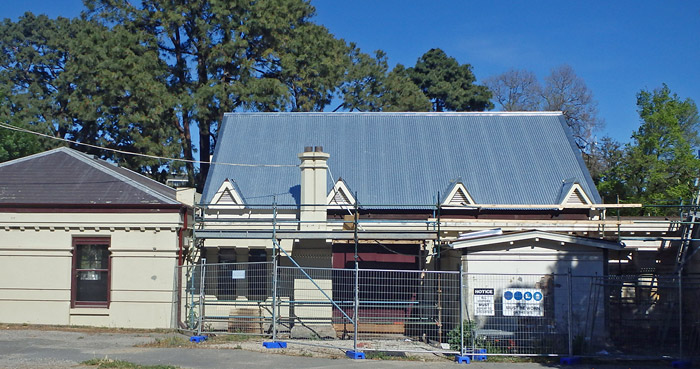 When the Observatory closed in 1944, the government’s Weights & Measures Bureau continued to use the site, though some telescopes remained. The Great Melbourne Telescope was sent to Mt Stromlo outside Canberra, where it suffered extensive damage in the bushfires of January 2002. It is currently being restored in a joint project by the Royal Botanic Gardens, the Astronomical Society of Victoria and Museum Victoria.

The restoration of the Great Melbourne Telescope House was completed with the support of a grant from the government’s Living Heritage Program.