The University of Melbourne’s Old Quad was the first university building to commence construction in Australia. Work began in 1854 and the building continued to evolve up until 1981. Largely used as the Law School, and more recently for the Arts Faculty, its three earliest wings accommodated the University’s first professorial residences, teaching spaces and library. It is one of the campus’ most significant buildings, and is the subject of a redevelopment project led by Lovell Chen, designed to re-establish its place at the centre of the institution’s civic, cultural and ceremonial life — together with the adjacent Wilson Hall (1956).

We completed a master plan for Old Quad in 2015 from which was derived a staged implementation programme. The first stage commenced in 2016, completing in 2019. The works focused on the adaptation and refurbishment of the North Wing, the north end of the East Wing and the North Annexe, and included reinstatement of the original planning (where possible), architectural alterations and adaptation to the interiors, conservation of the fabric and details, and upgrading of all building services.

Significantly for the University, this project is the first application in Australia of the adaptive reuse model PassivHaus EnerPHit to a building of state heritage significance. We used Passive House principles and introduced an innovative sustainability scheme to help the 19th century building meet the requirements of the 21st century. It is now a highly efficient, low energy building inside a heritage shell.

Old Quad’s first architect was Francis Maloney White (1819-1888), who planned an Oxbridge-type arrangement of cloistered wings around a quadrangle, constructed in loadbearing stone in a Gothic revival style. His East and West wings were were completed in 1857 and the North Wing and cloister in 1856. The North Annexe was added 1873-5, probably to the design of Reed and Barnes, and the library relocated to the new space. The east and west cloisters date from 1930, together with southward extensions to the East and West wings. In 1981, the South Wing (designed by Rae Featherstone) closed the Quadrangle, and in the 1990s the attics in the East and West wings were extended.

The North Wing and Annexe underwent a number of changes in the 20th century, many of which concealed the 1850s/70s architecture. The North Wing originally housed tiered lecture theatres and a museum, with professorial rooms in the east and west bays. The Council Chamber, examination hall, student hall, a bank, the university bookroom, classrooms, offices and washrooms have all been located in the North Wing and Annexe at various times. In the former library, all the magnificent features were concealed behind false ceilings and walls — now revealed.

One of the challenges of the project was to transform a building largely used for teaching and offices into a new use that celebrates the history and traditions of the University. No original drawings were available and although we had an idea of what might be underneath the additions, there were surprises. In the library, we found the original linoleum pattern, which has been recreated for the new carpet. The east and west bays have been brought back, and the central space of the North Wing is now a treasury at ground floor level, where the University can display its cultural collection and research. The University Hall is on the upper level, with north and south light and a terrific new view across the Quadrangle. This view from up high helps people understand the importance of the building to the campus.

Old Quad has always faced the southern half of the precinct. A major change has been to open up the complex to the north by introducing a new entry, which leads into what was originally the student hall. The entry incorporates a stained glass panel by artist Tom Nicholson, who drew for the imagery upon research done by a professor who once had rooms in the North Wing.

Designed and constructed to EnerPHit and 4-star Green Star 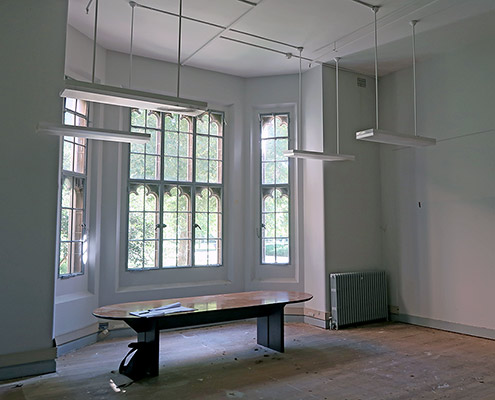 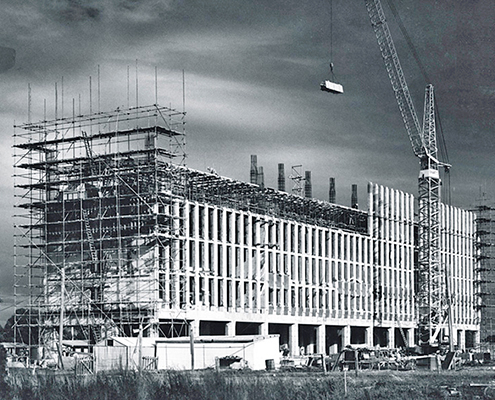 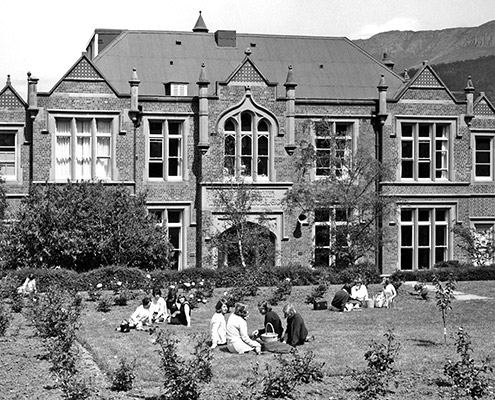 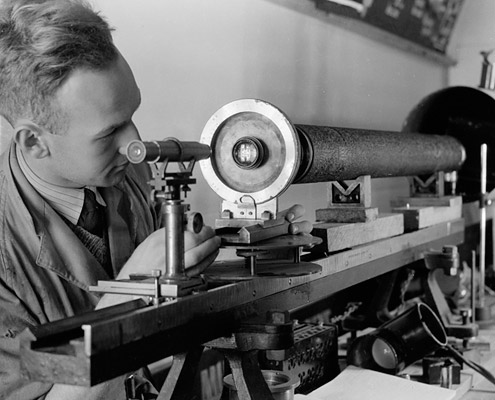 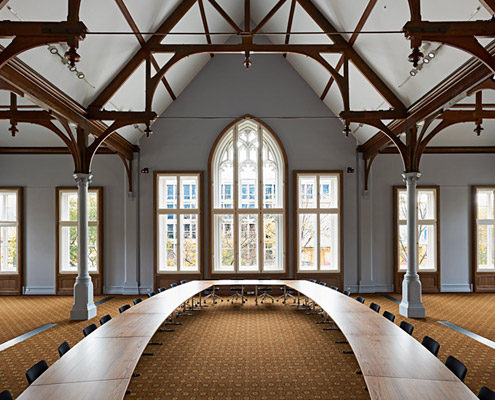