Following the completion of a conservation management plan in mid 2020, we were appointed as architect for the adaptation and conservation of the Philip Smith Centre at the University of Tasmania to provide new teaching spaces for the School of Psychological Sciences.

Freestanding and positioned at the highest point of a steeply sloping site on the UTAS Domain campus, the three and four-level building was designed for the Hobart Teacher’s Training College (founded 1905) in 1908, initially by the Public Works Department. It was remodelled by architect Rudolph Koch to make it more compatible with nearby Domain House, and was constructed in 1909-10, opening in February 1911. 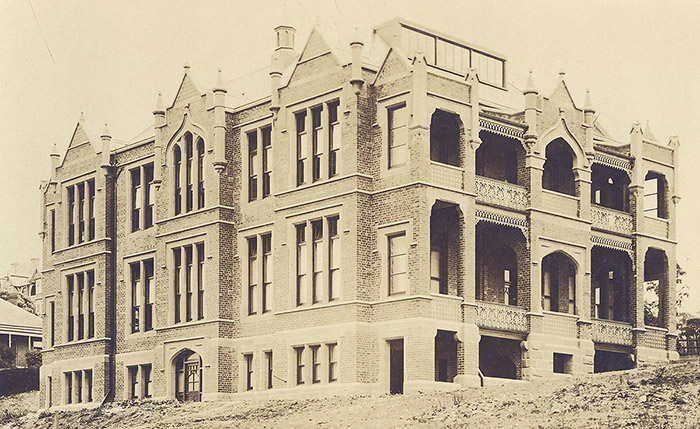 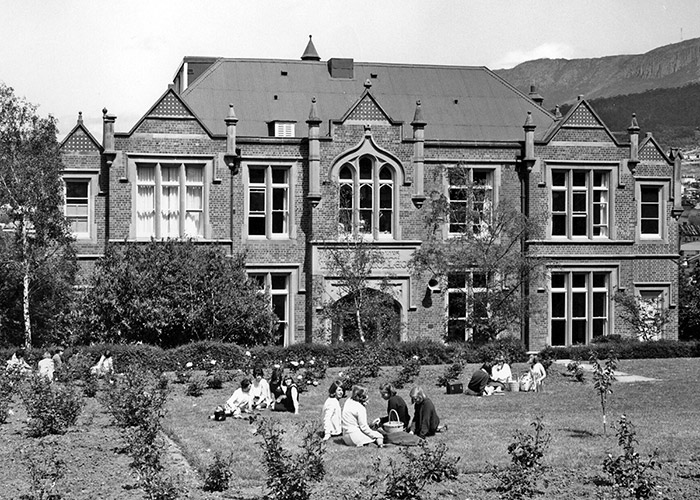 [ View over the rose garden to the main entrance, photo : courtesy University of Tasmania ] 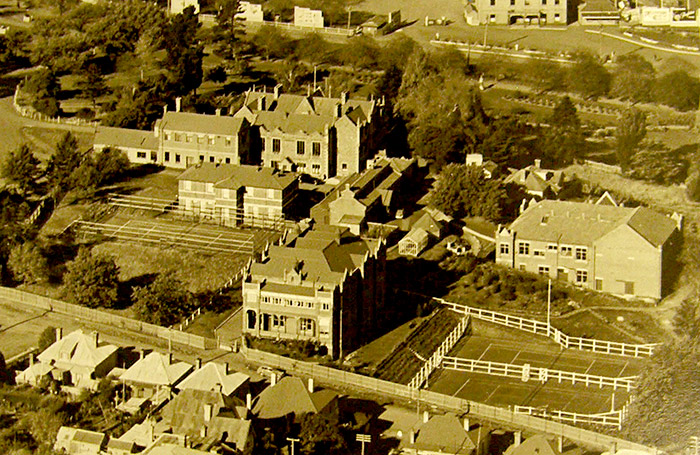 The Centre was the first purpose-built facility in Tasmania for teacher training (and the first State-funded secondary education institution), and is associated with several individuals who have made significant contributions to the State’s history — not least lawyer, politician and philanthropist Philip Thomas Smith (1800-1880), who made a considerable benefaction towards the cost of construction. 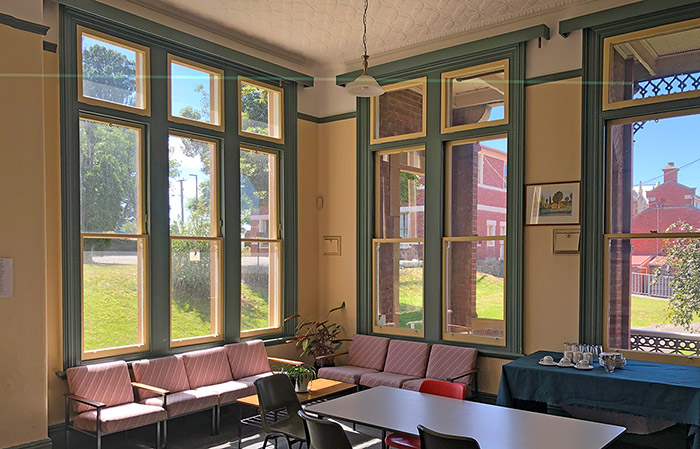 [ Ground floor interior, as it is today, photo : Lovell Chen ]

The internal planning of the Philip Smith Training College was conceived as a physical expression of progressivism, as applied to education in Tasmania. Progressivism was grounded in a belief that education should stimulate psychological and social well-being in students through an experiential approach to learning. Health and hygiene were central considerations. Expressions of this agenda for the College building included double-height integrated verandahs to promote cross-ventilation, generous room dimensions, lots of natural light, an absence of ornament or decoration internally, pale paint colours, and easier-to-clean finishes such as cement plaster and pressed metal. 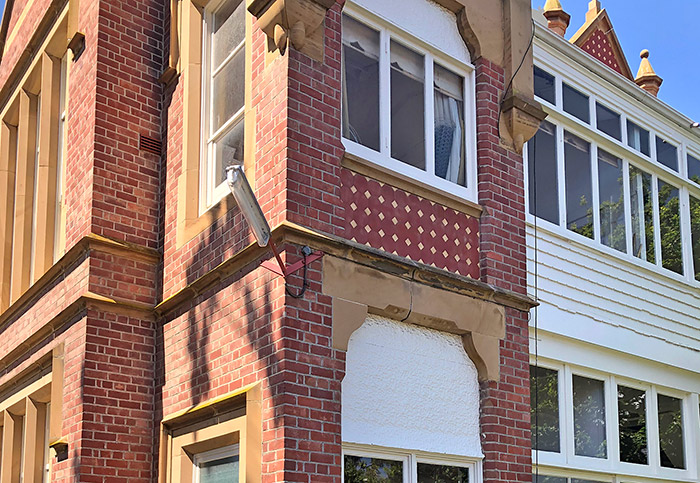 By contrast, the Tudor Revival style was used for the exterior, with additional novel elements. The structure is loadbearing red brick with sandstone detailing and ceramic tiling in the gable ends, set in geometric patterns. The steeply pitched roof is clad in corrugated iron, painted red. As built, three roof-mounted ventilators supplied air to an integrated passive cooling system connected to all spaces on the ground and first floors. The original planning for these two levels is to be restored as part of the current project, along with the verandahs, which have been infilled over time.

After World War II, the University took responsibility for teacher training and the College closed in 1947. The Faculty of Education was established in the Philip Smith building, relocating in 1962. Demand for teachers grew and Philip Smith became home to the Hobart Teachers College, later merging with the Tasmanian College of Advanced Education. After 1972, various education bodies used the building, until it was put up for sale as part of the government’s disposal of the Domain Campus site.

Highly valued by the local community, the Philip Smith Centre was acquired by Hobart Discovery Incorporated, a legal entity set up by Glebe residents. It became home to community groups and small-scale education providers. UTAS re-acquired Domain Campus in 2010, and the present project to conserve and adapt the Centre is part of the University’s wider plans to re-establish itself there.