Originally conceived in 1856 as the University of Melbourne’s Botanical Garden, the System Garden on the Parkville campus retains few elements from its 19th century heyday, though the plants continue to be grouped in families. An octagonal brick tower, now at the southern end of the garden, is the sole surviving structure from the time of Sir Frederick McCoy (1817-99), instigator of the project. Our conservation team has been working on the repair of the tower, which was once the central support for an octagonal conservatory. 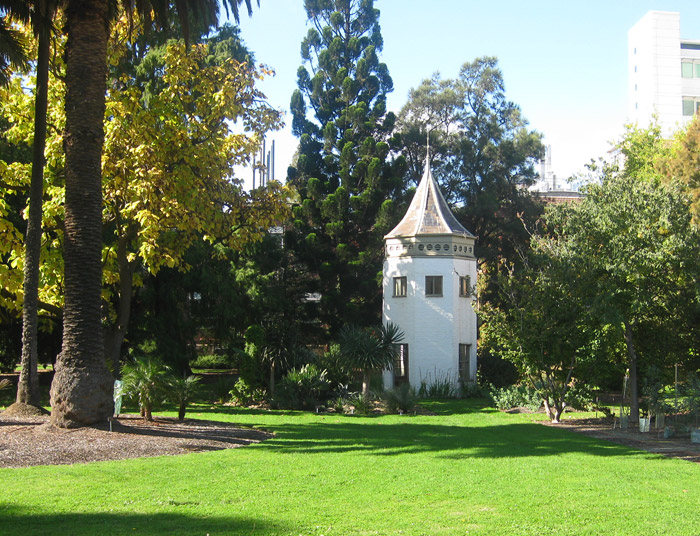 The tower is an unusual example of the work of architect Reed and Barnes and dates from around 1858. The design of the conservatory as a whole is thought to have been heavily influenced by painter and landscape designer Edward La Trobe Bateman (1816-97) who was responsible for the layout of the campus. It fell into disrepair following financial cutbacks resulting from the 1890s economic depression and was dismantled in 1916, leaving the two-storey tower in the by now much diminished garden. The decorative timber vents that circle the tower below the eaves were once part of the conservatory’s air circulation system. 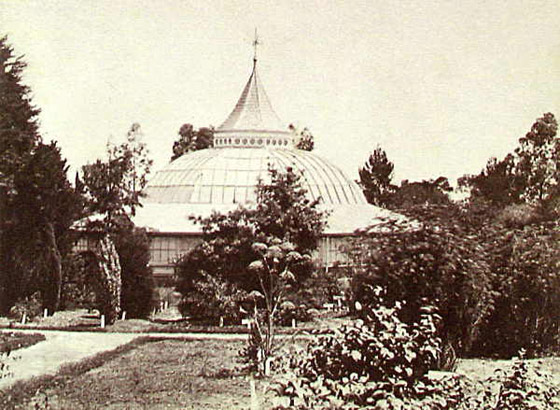 The conservation works included replacement of the slate roof and its lead cappings and flashings, replacement of the gutters and downpipe, and repair of all the timber joinery. The brick walls have been repaired and repointed, and a new silicone damp proof course installed. Powder coated ladder brackets have been added to the upper exterior walls to facilitate gutter cleaning. The tower has been repainted inside and out. 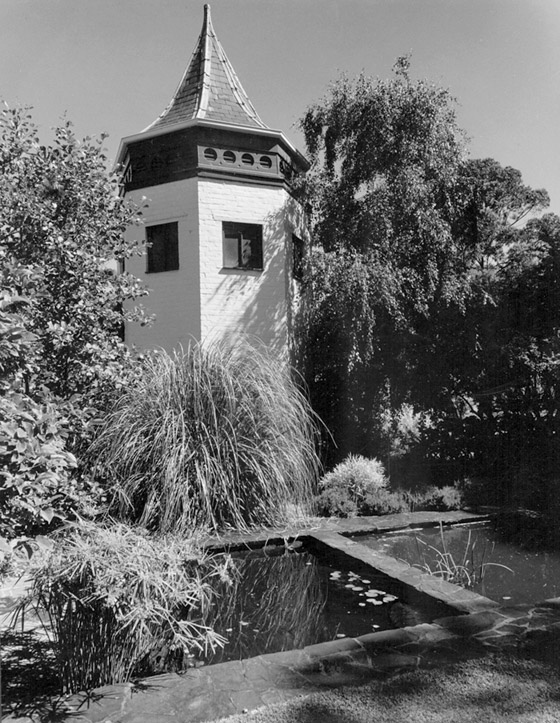 Lovell Chen completed a conservation management plan for the whole System Garden in 2011. It included a physical analysis outlining the garden’s present state of integrity and an assessment of its heritage significance, and outlined conservation policies for its management.