Work has started on site at the former Point Nepean Quarantine Station in its transformation for facilitated camping. This is the first of two phases of works to be implemented as part of a Parks Victoria master plan for the national park. Lovell Chen, in association with landscape architect TCL, is working with Parks Victoria to manage the project, and is providing architectural, conservation and heritage services.

The former quarantine complex is situated in the 560-hectare Point Nepean National Park, part of the traditional Country of the Bunurong People. The buildings, which include the oldest-surviving in Australia built for quarantine purposes, face the beach on Port Phillip. In this first stage of works, lightweight low-impact camping platforms are being installed, and Building 66 is being developed as an amenities block with toilets, showers and a kitchenette. Two small associated buildings are also being repurposed, as a changing room and reception. Stage two involves a second camping area and the adaptive reuse of Buildings 65 and 67. 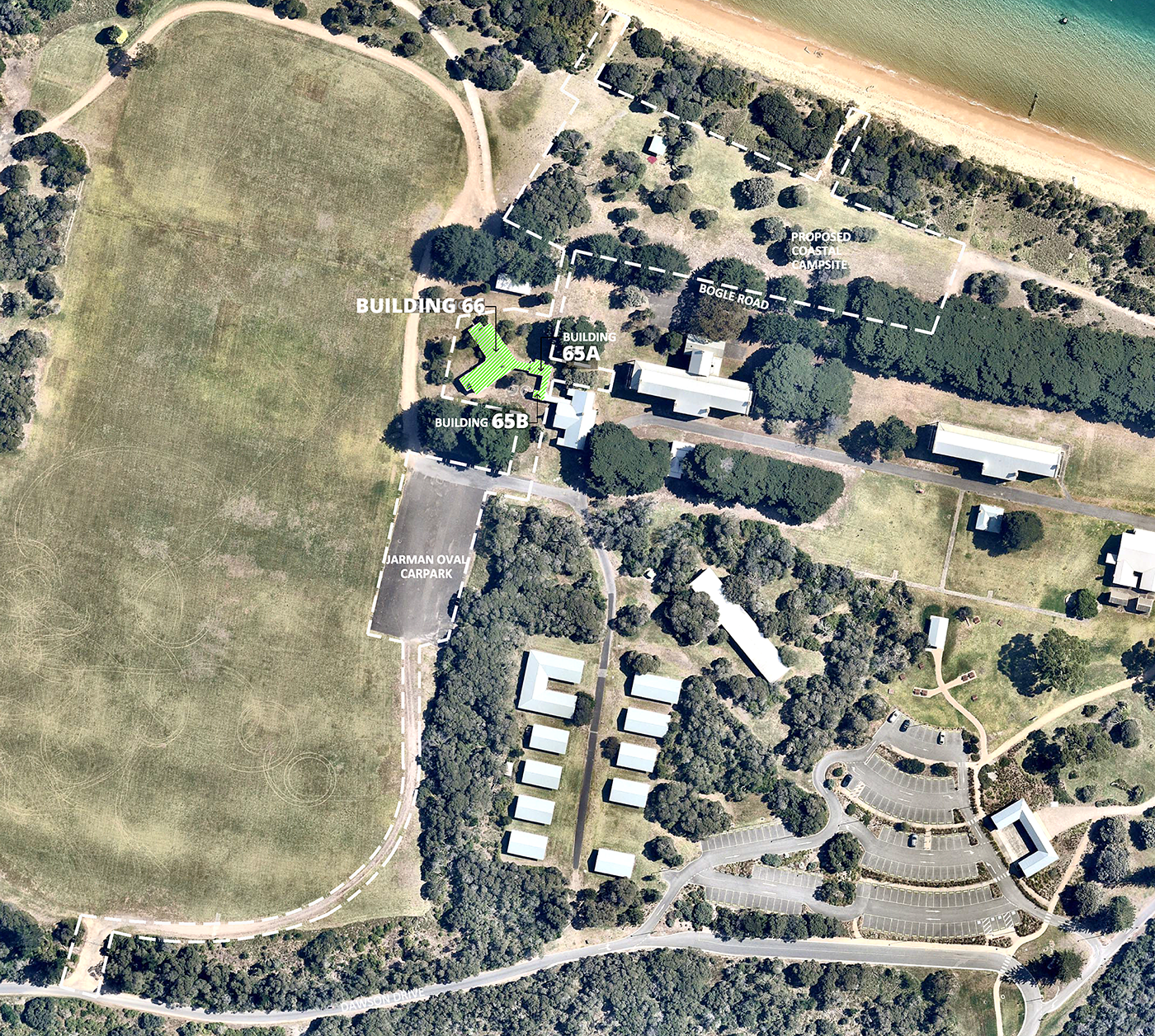 [ The western end of the Quarantine Station site showing Buildings 66, 65A and 65B (in green), photo : Nearmap ]

Since the time of European settlement, the site has had three main functions. Before November 1852, it was occupied by small-scale squatters and lime burners. After that, the Quarantine Station was the sole occupant, right up until 1951 when the Army took over most of it for officer training. The Quarantine Station closed completely in 1980, leaving the Army in occupation until 1998. It was opened up to the community in 2009 as part of Point Nepean National Park, and Lovell Chen earlier projects on the site include conservation works to the Medical Superintendent’s House.

The buildings are timber construction and vernacular in style. Building 66 is Y-shaped in plan. It dates from 1920 and is the former isolation hospital. In implementing the Parks Victoria master plan, part of the success of the project has been in being able to find the right fit for reuse for the right building, which has enabled us to use as light a touch as possible in the practical adaptive design. The new facilities in Building 66 sit “on top” of the heritage fabric — new shower trays sit over existing floor surfaces, for example. We are installing a train carriage-style layout inside the open volume of the building, using the same materials as the original structure. Outside, the original fence line between between “clean/dirty” areas of the site is used as a design axis. 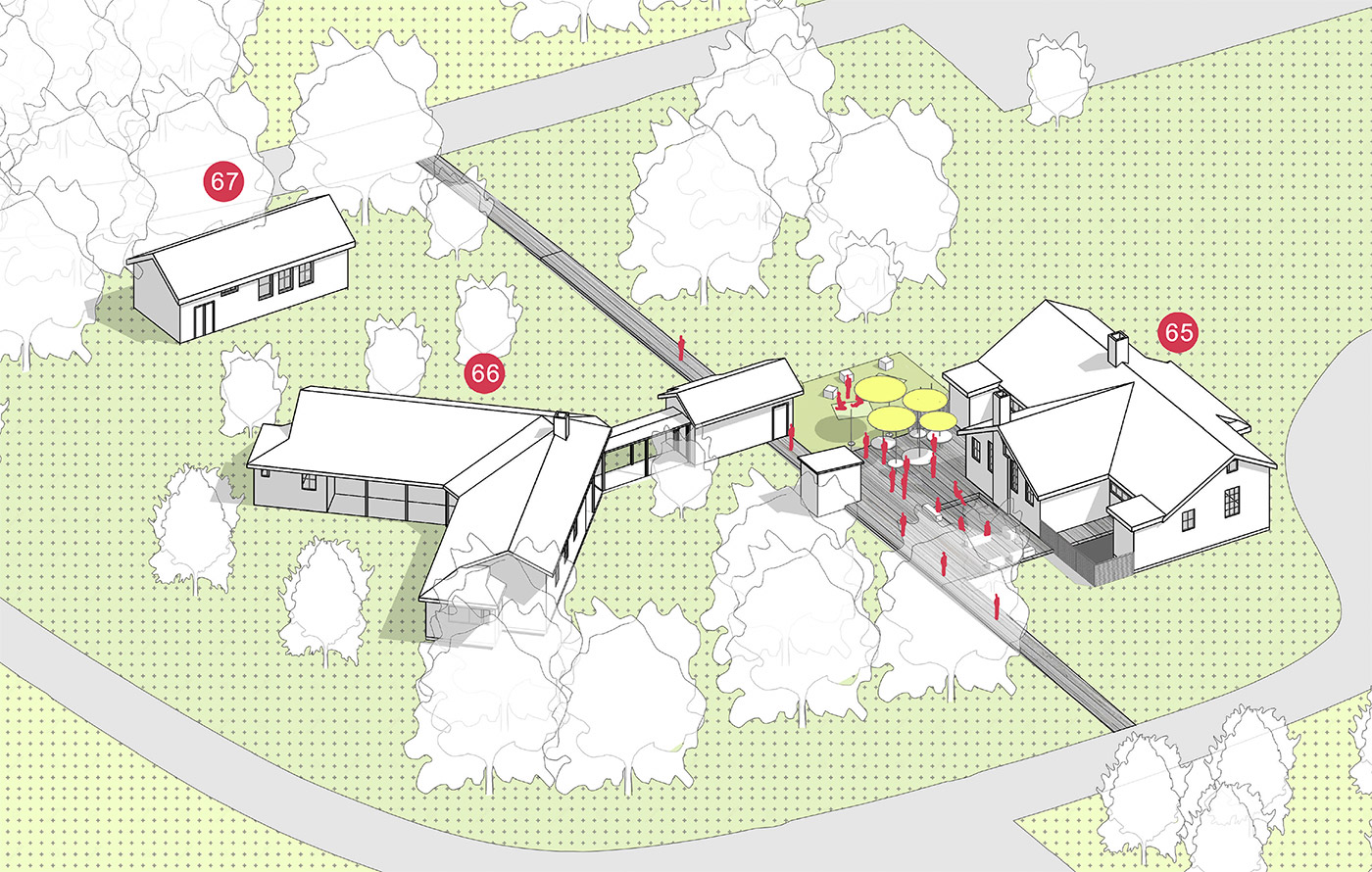 [ Buildings 66, 65 and 67, with the original fence line used as a design axis, visualisation : Lovell Chen ]

Our services for the project include planning analysis, the complex approvals process, architectural design and conservation works, and construction services. The site falls under national and state heritage controls, and there are archaeological and Aboriginal cultural heritage aspects to be considered. Monitoring during construction is necessary — for example, directional boring is being used for services connections so as not to disturb the ground.

[ Still from a fly-through video, with Building 66 in the foreground, visualisation : Lovell Chen ] 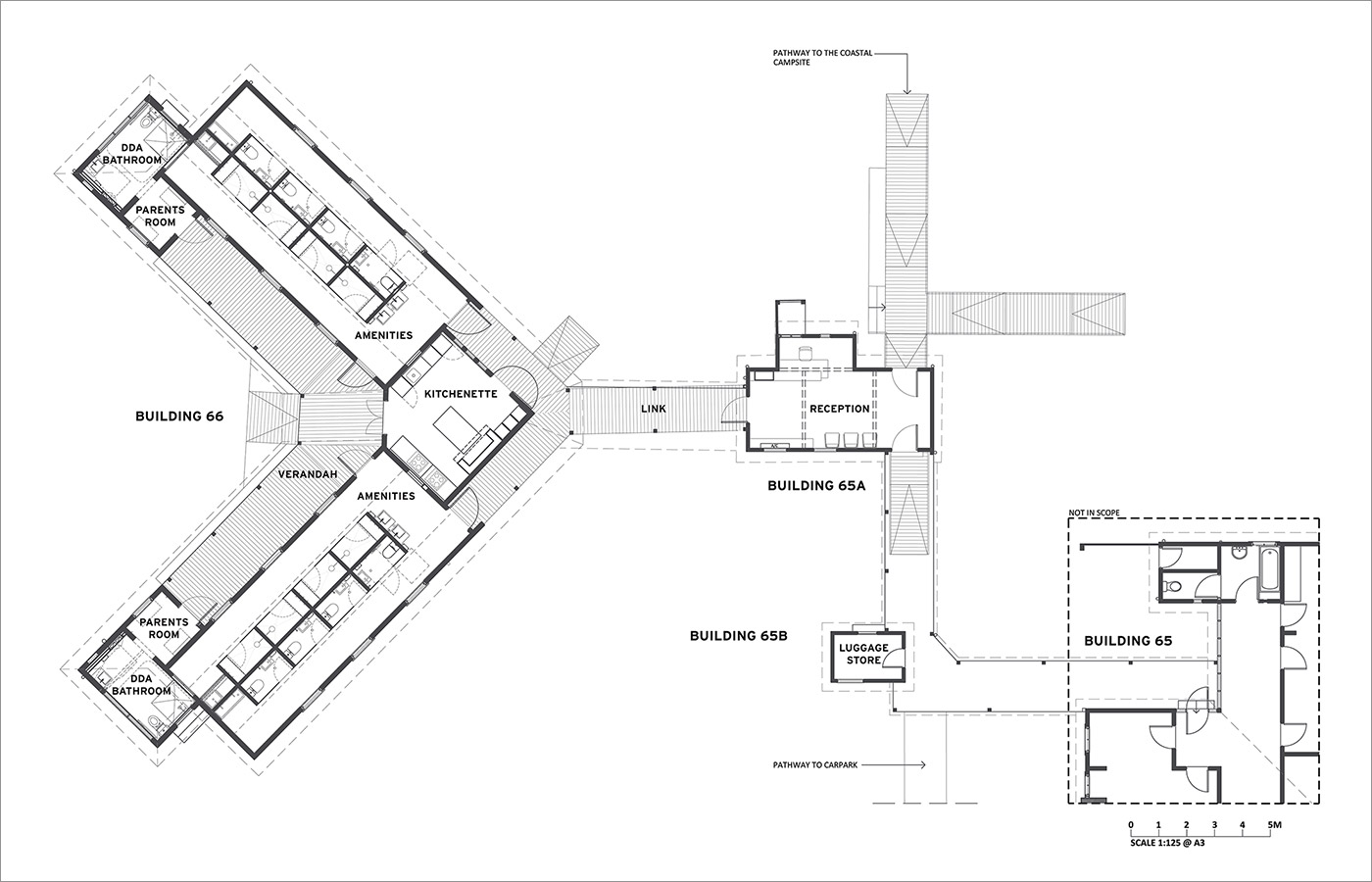 Phase one of the project opened in April 2022.