The Palais Theatre’s illuminated signage is undergoing detailed restoration and relamping as part of Lovell Chen-led refurbishment works. Removed from the facade in July last year, the galvanised steel hollow channel letters are due to be returned in February, following the completion of the repainting of the Palais. 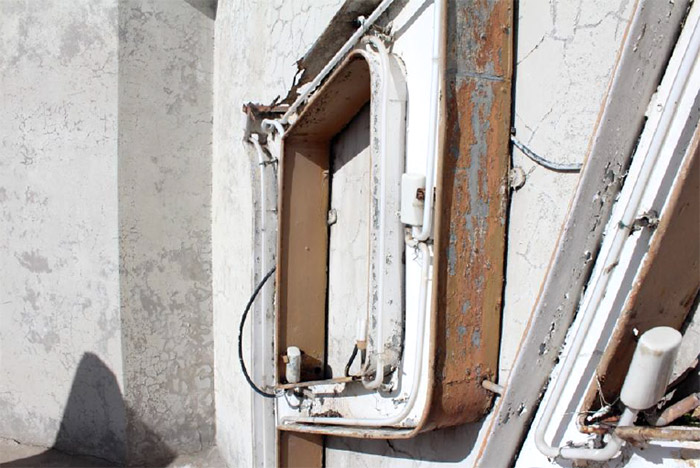 The Palais opened in 1927 as a cinema, with ‘Palais Pictures’ emblazoned across the front. By the late 1950s, the use of the building was changing. The signage was modified to read ‘Palais Theatre’, using the original TRE and fabricating THEA to make up the new word. At the same time, the original festoon lighting system was covered over and neon tubes installed. Further haphazard repairs and modifications, plus environmental damage, contributed to the poor condition of the signage. 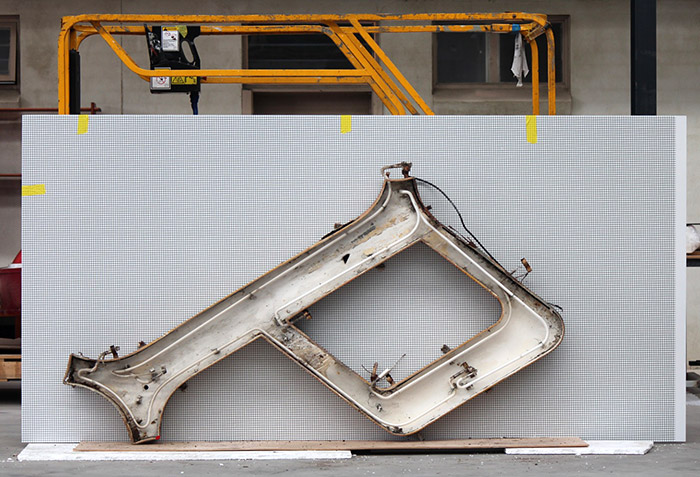 Using the particularly dilapidated letter P for trials, a repair process was developed that enabled the documentation and retention of as much of the original sign as possible. Ultra-fine silicone bead blasting was selected for paint removal for its speed and thoroughness, and the added advantage that it also removes rust. Damaged sections of the steel casings were carefully removed, templates made and replacement sections hand built for reinsertion. The steel was then rust treated and painted with epoxy rust-proof paint. 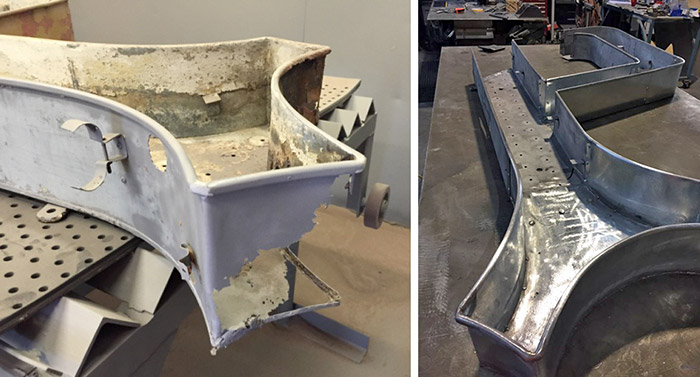 As part of the heritage permit requirements for the sign, ten of the original porcelain light fittings, set in two rows, have been retained in each 1927 letter, beneath the neon staging platforms. Later ill-fitting modern neon has been removed and is being replaced with LED tube fittings. The new lighting includes the ability to change colour as needed. 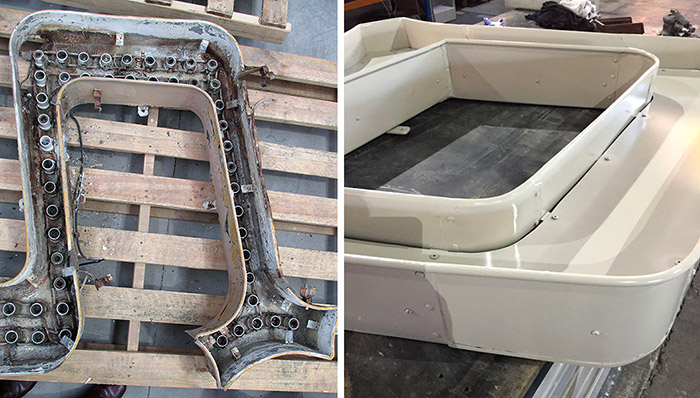 The restoration and relamping are being undertaken by Forte Signs.