Emerging from the hoardings on Elizabeth, Queensberry and O’Connell streets in Melbourne are the newly restored facades of the former Melford Motors, a 1930s-1955 car showroom and servicing complex, best-known for its streamlined look and curved glass display window on the Elizabeth-Queensberry street corner. 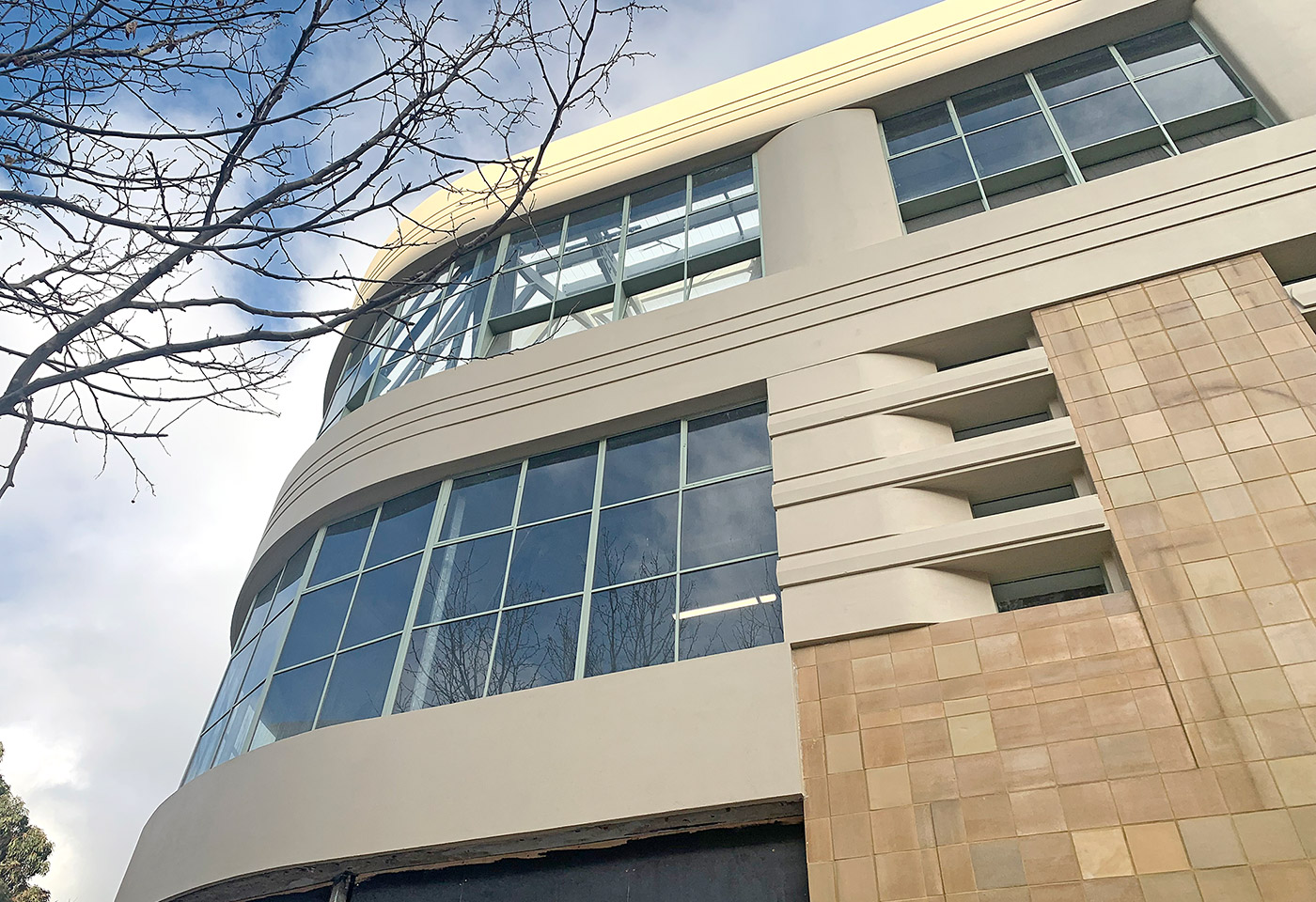 Melford Motors was established in 1930, moving to this part of Elizabeth Street in 1932 and leasing an existing but recent two-storey showroom designed by Browning and Bladen for a motorcycle company. Architect Harry Norris was engaged in 1936-7 to expand the building, adding a storey to the older one and extending to the south. The photos above and below show this extension, with its steel frame windows, sleek render and terracotta tiles. The window frame paint colour has been selected based on paint sampling and analysis. 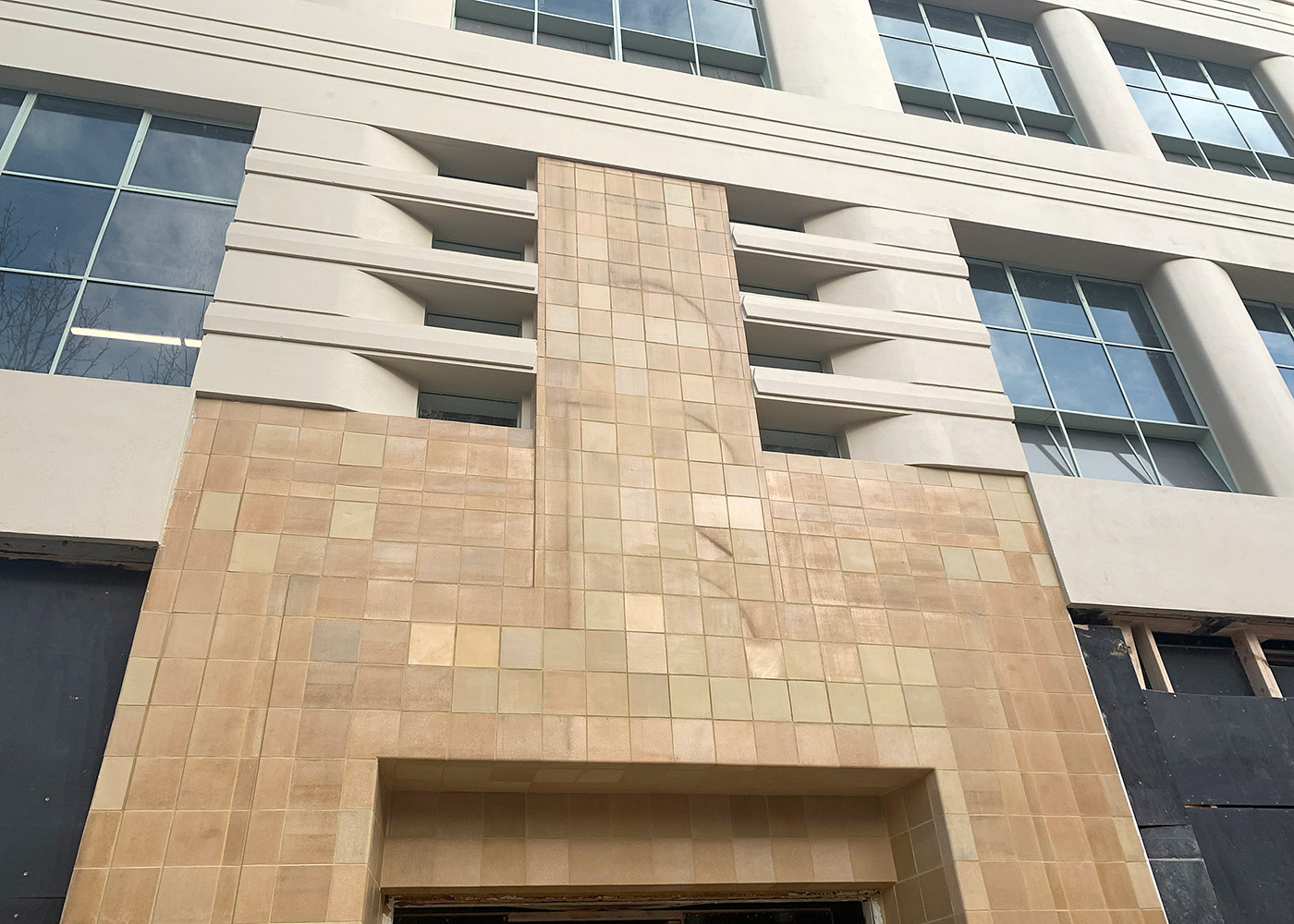 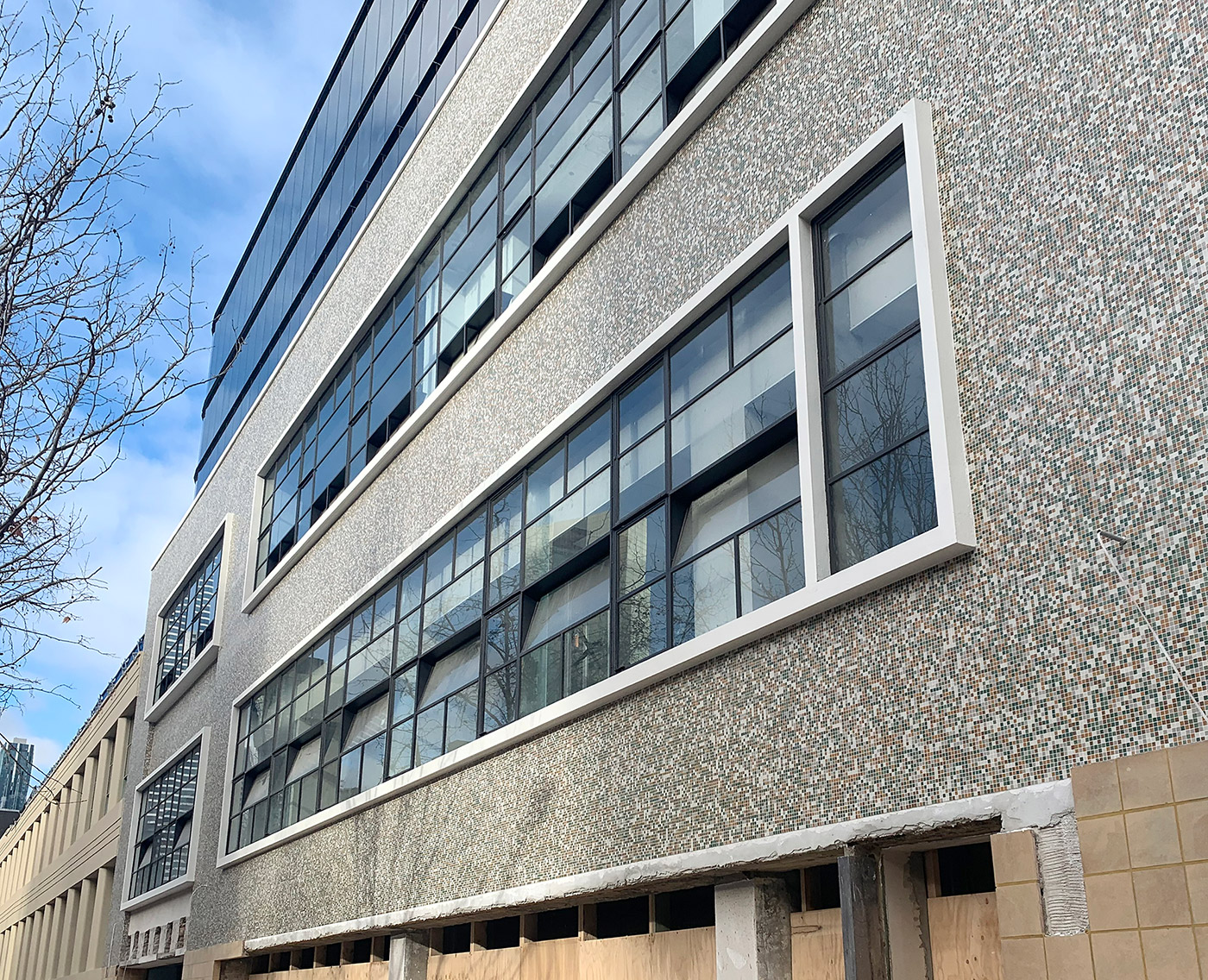 The photo above shows the Elizabeth Street frontage of a third building in the complex. Also designed by Harry Norris and dating from 1955, it’s a composite brick and steel-frame structure, featuring banks of horizontal windows with projecting concrete surrounds. The glass mosaics on the original facade had been painted over. Paint removal revealed large areas to be damaged, and as a close-enough match in texture, colour and grout could not be found that would make patch repairs acceptable and the combined installation sound, we sampled the originals and went through a custom blend process, replacing the tiles on the whole elevation.

The combined heritage facades on the site are now part of a larger development, designed by Gray Puksand for PDG Corporation. It includes two new basement levels, new interior structure and a new six-level tower above, set back from the street boundaries. A car dealership is envisaged for first and second floors, with retail at ground level. The tower will accommodate an education campus.