As part of a wider residential scheme in East Melbourne, the 1881 mansion Mosspennoch has been adapted and conserved to accommodate six apartments in the refurbished rooms of the heritage fabric. The elegant house is now an integral part of a complex that includes two new seven-storey towers and the retained facade of the MCG Hotel on Wellington Parade. Achieving a successful outcome for the house was no mean feat for all concerned, considering its chequered history and condition. Our involvement began in 1994 with conservation analysis, and we continued to help in the search for a viable solution — through ownership changes, approvals processes and many technical challenges.

The original part of the house was designed by Charles Webb (1821-98) for Queen’s Council and MLA James Liddell Purves, who lived there until 1903. A ballroom was added in 1890. After Purves’ departure, Mosspennoch was used as a boarding house, converted into flats, occupied by the Australian Red Cross, adapted as medical suites and more-recently, was largely unoccupied for 20 years. Evidence of this complex story was uncovered in the process of upgrading the interiors, enabling us to add to the research done years earlier.

Major past alterations included multiple repositionings of the main staircase, the blocking of openings and creation of new ones, removal of a bay window and the addition of a second storey to the rear. Much of the internal fabric had been lost over a long period, and the identification of hazardous materials in the plasterwork meant the loss of more. However, a surprising number of original features remain, including the high ceilings and parquetry flooring. In the ballroom, where the ceiling is 5m, the space above incorporated a proprietary galvanised iron ducted natural ventilation system linked to the chandeliers. Decorative plasterwork has been reinstated where evidence was available, sections of wall panelling restored and replaced where possible, and the main foyer and stair reinstated to Victorian detail.

One of the more dramatic challenges was the creation of the link between Mosspennoch and the underground carpark in the adjacent new building. A new basement was dug in the house’s courtyard and under the ballroom, the corner of which is now supported on steel needle beams and piles. A lift has been installed for direct access into the house.

New accommodation has been designed and constructed for the rear service yard, located within the existing footprint with minimal new structure. Retained walls are used to support insertions. Ingenuity was also needed for the new building services installations, which are complex. Heating in the heritage rooms is supplied by floor mounted radiators with under-floor pipework. Where ceilings are lowered, services are above. There is little space for risers. Out front, the house’s bluestone, rendered brick and cast iron fence has been reconstructed from photographs of the original.

Lovell Chen’s services on this project included conservation management planning, heritage advice, condition reports, approvals documentation, conservation works and architectural design for the adaptation works. On site, we were novated to the contractor, Built. Our heritage team also managed the complex approvals process for the MCG Hotel part of the scheme.

The two residential towers were designed by Bates Smart. 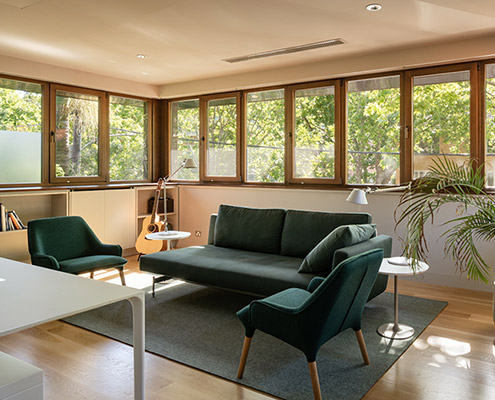 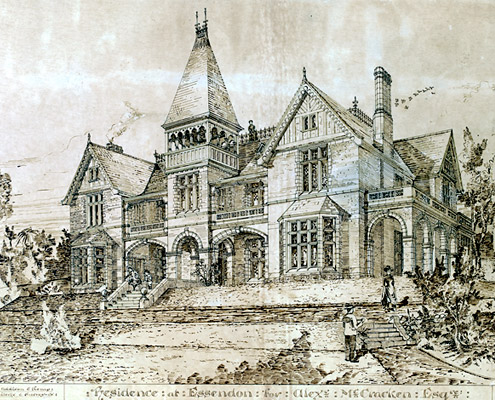 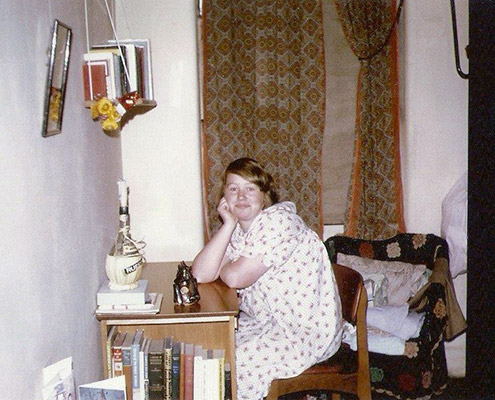 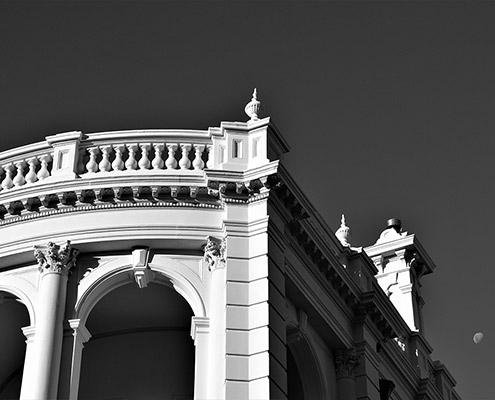 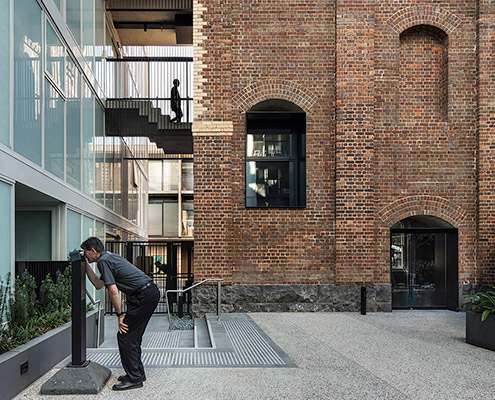 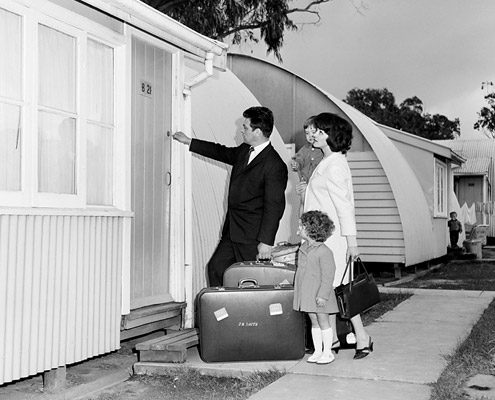