Our association with Melbourne’s former General Post Office dates back to the 1990s, when we provided heritage advice on an early scheme to adapt the building for hotel and retail use. In 2001, the grand 19th century building was severely damaged by fire. Four years later, after internal restoration and reconstruction, and a change of use, major conservation and restoration works began on the exterior. The works were completed in 2013.

Despite the scale of the undertaking — this has been described as the largest leadwork project in the country — our approach to the exterior works was subtle. It combined the Burra Charter philosophy of only replacing what really needs to be replaced, the responsibility of soundly conserving a highly significant building, and working with the traditional skills of specialist tradesmen, with use of the latest technologies.

Stonework included indent repair, block replacement and stabilisation works. Most of the sheet lead on the roofs and its supporting timbers have been replaced and all the cornices have been re-clad, requiring a running length of lead measured in kilometres. When the building was unwrapped from its all-over graphic mesh screen that had covered the scaffolding, the beautiful exterior was once again revealed, together with spectacular new lighting. 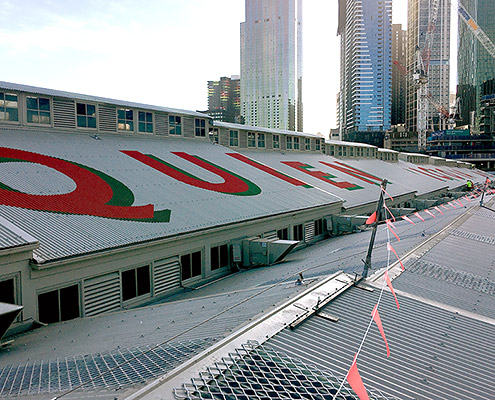 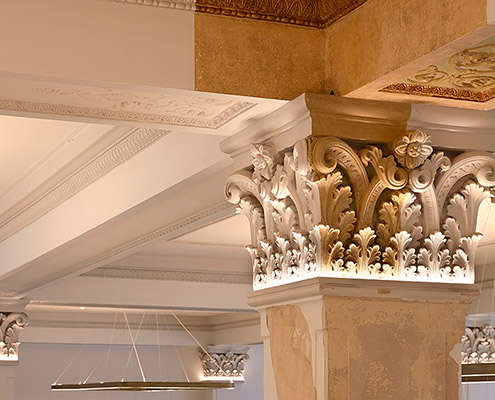 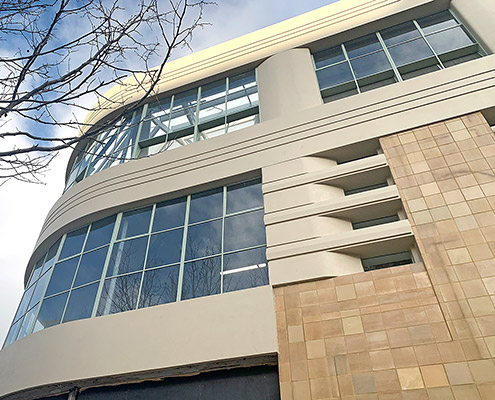 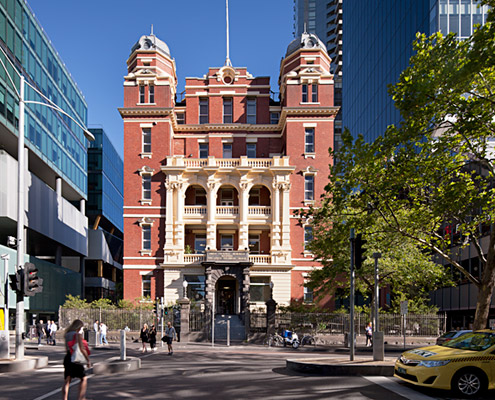 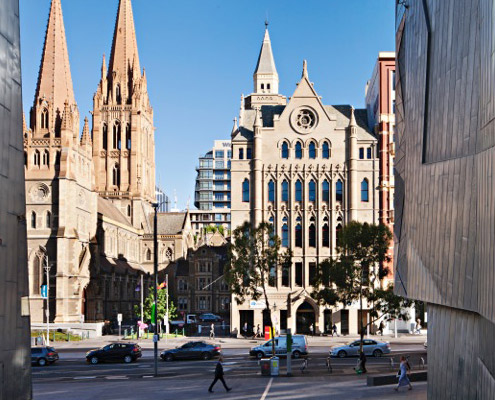 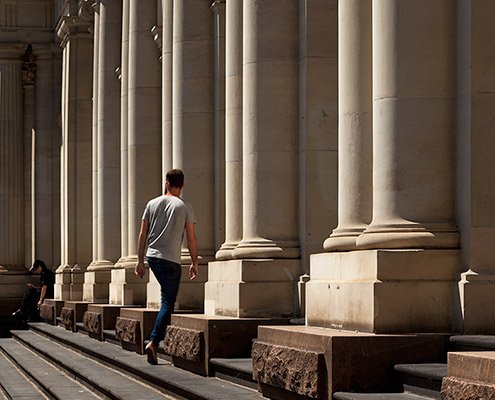 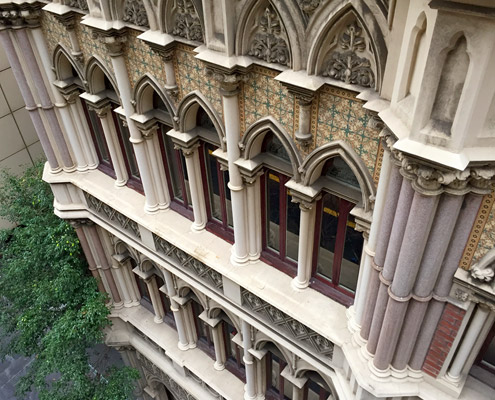 Assessment of Heritage Precincts in Kew
Scroll to top