Interpretation Australia is a not-for-profit organisation that focuses on supporting and advancing the profession of natural and cultural heritage interpretation. Felicity is the Victorian Chapter representative. Each year, IA organises a national event, this year in the shape of a three-day conference looking at sustainability in interpretation. In keeping with this theme, the conference itself is as low-waste as possible.

The Trades Hall is hosting day three of the schedule. Our architects will lead delegates on a tour of our recent work there. The tour will include the recently restored Old Council Chamber and the remodelled New Council Chamber, now known as Solidarity Hall. In the course of works in the Hall, a spectacular early 20th century mural was revealed that has been incorporated into the scheme. 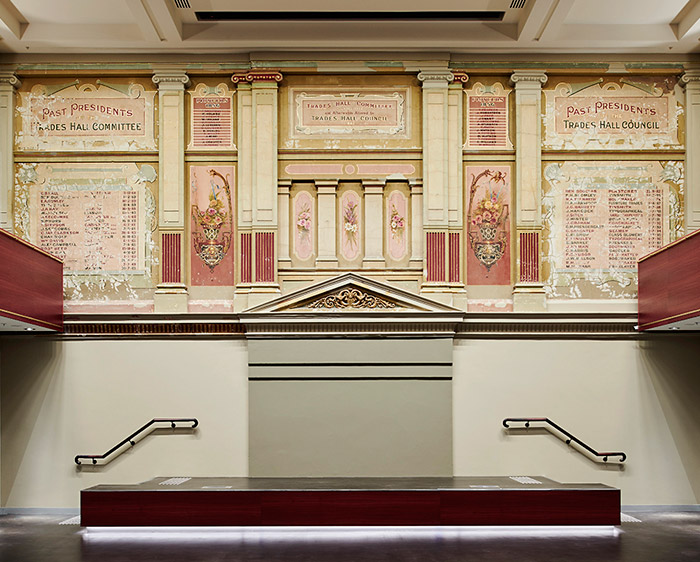 Associate Michelle Bashta will contribute to a PechaKucha session, taking Interpreting Built Heritage as her subject for seven slides in seven minutes.

Lovell Chen is a conference sponsor.