Lovell Chen has been engaged by the City of Melbourne to undertake a heritage study of Carlton, covering the area east of Swanston Street. The study will examine existing heritage places and identify new places for protection. Through Participate Melbourne, the City is currently undertaking community engagement, asking to hear about places in Carlton that are meaningful to Melburnians and that make the suburb distinctive. 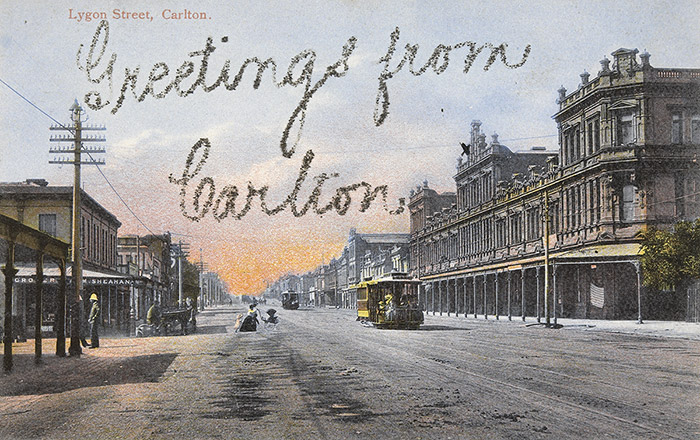 Carlton is one of Melbourne’s oldest suburbs — established in the 1850s — and is an area rich in heritage places and streetscapes of high integrity and intactness. Though mainly residential, it includes commercial precincts and areas of industrial, manufacturing and institutional buildings. The south side of Carlton, with its wide streets and generous public squares, became a desirable place to live from the mid-nineteenth century onwards, while development of the north side reflected a more working class demographic and is predominantly made up of smaller cottages. Both have seen many changes, with Jewish communities, post-war Italian migrants, students and gentrification all contributing to the character of the area.

Our work on the study will include the preparation of a thematic environmental history, which will document a local historical narrative of the shared values and cultural diversity inherent to the area.

If you would like to contribute to the community engagement programme, head to:
https://participate.melbourne.vic.gov.au/carlton-heritage-review

Community engagement is open until 19 November.