It’s perhaps not surprising that Lovell Chen often encounters the name of John Monash, given his influence on the history of engineering in Australia in the first half of the 20th century. He was not only an outstanding First World War military leader and pillar of Melbourne society but also a civil engineer of note, playing a major part in introducing reinforced concrete into local construction practice. However, our most recent project associated with him is the masonry and steel Chandler Highway Bridge (1891). It was constructed as part of the Outer Circle Railway and designed by the Victorian Railways chief engineer, with Monash as supervising engineer while still an undergraduate.

General Sir John Monash (1865-1931) was born in Dudley Street, West Melbourne, to Prussian emigré parents. He attended Scotch College senior school, excelling in mathematics, and the University of Melbourne, studying engineering and law — and co-founding the Melbourne University Union. His studies took an erratic course when his mother fell fatally ill, leaving his father stricken. To help support the family, Monash worked for more than two years on the construction of Princes Bridge over the Yarra in central Melbourne. He passed his third year studies in 1887, and in 1888 took the position with the Outer Circle Railway, staying with them until it was finished in 1891. He worked for Melbourne Harbour Trust while completing his degrees. 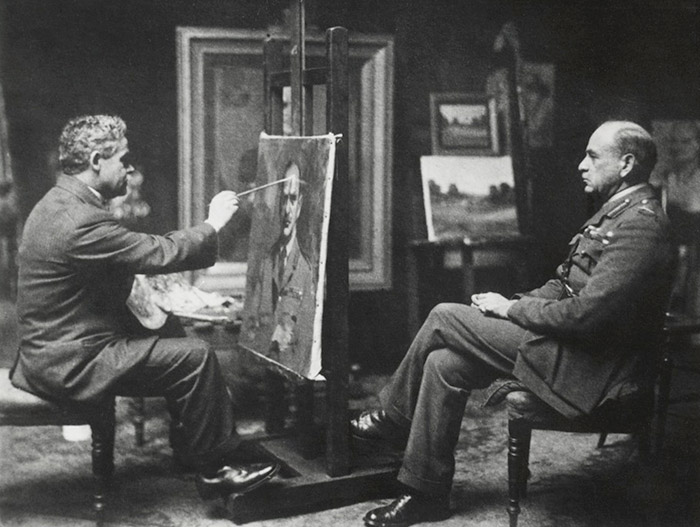 In April 1894, Monash went into private practice with Joshua Thomas Noble Anderson (1865-1949) who subsequently won the patent rights for Victoria for Monier reinforced concrete construction. The firm of Monash & Anderson built concrete bridges all over the state, and manufactured concrete pipes with successful businessman/contractor David Mitchell (1829-1916), father of Dame Nellie Melba. A switch to the construction of buildings started in 1905: with John Gibson as managing director, Monash set up the Reinforced Concrete & Monier Pipe Construction Co. Ltd. and continued to work under the protection of the Monier patents. The business was very successful but the First World War was about to intervene. After the war, the construction company was taken over by W.R. Hume and Monash became a director of Hume Pipe Co. (Aust) Ltd. In June 1920 he was appointed general manager of the State Electricity Commission of Victoria.

Work on the Chandler Highway Bridge has just begun. It was constructed to take two lines of rail track, though only one was laid, and consists of two through-type lattice truss girders supported on brick and bluestone piers. Its four spans are each about 30.5m. Adapted to road use in 1930, the bridge is now being converted for pedestrian and cycle use, with a new road bridge constructed alongside. We are working on the conservation of the original fabric.